The state of cancer: Are we close to a cure?

What we know as cancer is a group of about 200 diseases which have many similarities and many differences from each other. Some cancers are related to environmental triggers such as viruses, bacteria, cigarette smoke, industrial solvents, diet and drugs. Some are related to inherited susceptibilities and some are combinations of both.

Conventional pathology was able to make great progress in separating cancers. In the 1940s the classification of leukaemia went from 2 to 3 to more than 200 subtypes today. Modern molecular techniques have provided powerful insights into how cancer works and how it can be treated. Many cancers are now curable and have been for some time, including testicular cancer, Hodgkin’s lymphoma and several types of childhood leukaemia.

Current cancer treatment is generally chemotherapy, radiotherapy, tumour surgery, and for prostate cancer and breast cancer hormonal therapy. Over the last decade, innovative cancer research has been taking place around the world and exciting progress is being made on new ways to cure cancer with fewer side effects. Here are some of the most recent cancer research breakthroughs: 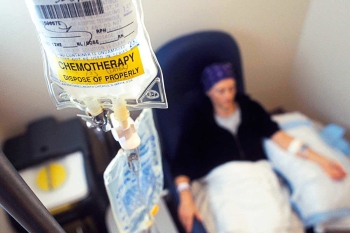 Many types of cancer cells can deceive the immune system into either ignoring them or helping them grow, which explains why some cancers can spread fast and become resistant to chemotherapy and radiotherapy. Scientists are moving away from directly targeting the cancer, and instead using immunotherapy which targets the immune system, and then the immune system deals with the cancer.

In the last few years a reovirus has been shown to attack brain cancer without harming other cells. What has been amazing is that this reovirus also boosts the immune system which then also attacks the tumour. The reovirus works by infecting the cancer cells which then become much more visible to the immune system which can then start attacking the rogue cells. The exciting development has been that the reovirus is the first therapeutic virus in trials to pass the blood-brain barrier to treat aggressive brain cancers.

Researchers have already found a way to engineer a patient’s T cells into so-called chimeric antigen receptor T (CAR-T) cells, which recognize and kill a person’s unique cancer. This is already being tested on adults and children with leukemia. The vaccines break down the cancer cells so that T cells, which are other immune cells, can react against them. The best part is that a single treatment of cellular immunotherapy can last a lifetime.

Nanoparticles can target cancer cells that may be resistant to chemotherapy. Nanotherapies can carry drugs that are able to seek out and kill cancer stem cells so the tumour cannot return. Similarly, microscopic nanoprobes detect secondary tumours that are invisible when using traditional methods. 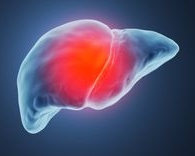 All cells need energy to grow. Researchers are investigating how to starve tumours of the nutrients they need to grow. By blocking the cancer cells access to whichever enzyme they need to thrive, the cells will eventually die. Research has also found that blocking access to vitamin B-2 has the same effect.

Epigenetics is the study of gene changes that do not involve alterations in the genes DNA sequence. Many cancers have been found to be caused by epigenetic alterations which may be just as important, or even more important, than genetic mutations in a cell's transformation to cancer. Recent advances have shown that manipulation of epigenetic alterations holds great promise for cancer, not just in terms of detection and therapy, but also in prevention. The focus of current research is on when and where to intervene in the switching on or off of these genes.

Cancer research is a vast industry but is still in early days of research so will be many years before human trials begin. Also, cancer types vary immensely so one approach is unlikely to adapt to cure all. Yet, the knowledge base is growing and the outlook is optimistic.